Another Christmas party of ISN-Cyprus, another unforgettable event!
Beginning of December 2004, ISN hosted the annual Christmas party for its employees and their families, this time, at the Forest Park Hotel in the beautiful mountain resort of Platres. It was a fully organized weekend with activities starting already on Friday evening and ending with breakfast on Sunday morning. Main theme: Food, laughter, and fun! Necessary requirements: Good mood!

The party began on Friday, December 3rd with most of the people arriving at the Hotel by 19.00 hours. Dinner was tasty, rich in variety and quantity for the very hungry ones! But the best part was yet to come, when everybody gathered in the cosy “fireplace-room” where two sets of bingo with exciting prizes were played(organized by Evangelos Charalambous and excellently performed by the strong and loud voice of Stelios Georgiou!) followed by the lovely guitar music and singing of Mr. George and the non-stop dancing of the Crewing department!. The night ended in the early morning hours of Saturday…..

The next day began with a relaxed mood; late breakfast for some, morning walk for others. At 13.00 hrs we met again for lunch and soon after at 14.30 hrs we all headed to the mountains for the organized walk. The walk was a combination of nature and sightseeing in the village of Platres, but it was pleasant, relaxing and slow enough for a chit-chat with each other!

With our return to the hotel, more food was arranged at the Hotel gardens! Grilled halloumi, village sausages with plenty of pitta bread and delicious warm Glühwein to accompany the above! In a relaxed atmosphere, the owner of the hotel welcomed us and gave us interesting information on the history of the hotel and its previous famous guests!

At this point the afternoon activity finished which led some of us to our rooms for further relaxation and preparation of the evening ahead, while others joined the “little-ones” Christmas party to welcome Santa Clause!

About 30 children gathered excited in the play-room for the arrival of Santa Clause. The party began at 16.30 hrs and it had a bit of everything: clown, games, face painting, music, sweets and candies and above all Santa Clause with his presents and a reading of a story!

At 20.00 hours everybody gathered slowly-slowly in the “fireplace-room” for a pre-dinner Cocktail reception. Dress Code: Formal. It was a feast for the eyes! The warm and cosy atmosphere, the abundance of drinks, the music played in the background with the non-stop of talk buzzing and laughing, promised a great evening ahead of us!

And that came all too soon as expected! At 21.00 hrs we moved to the hotel main restaurant for our Gala Dinner. The restaurant: dressed up in a festive atmosphere, the buffet, a feast for the eyes and for our stomachs! Following the delicious dinner, Captain Adami gave us a warm speech for the last year and for the future good years still to come! Of course, the traditional employees’ prize draw with very nice presents was part of this wonderful evening too!

With the end of the dinner we took the party to the next level: Disco and Greek dancing, open bar and of course the unforgettable drink of “Feuerzangenbowle” !!! It is only true to say that many of us kept it to “that level” until 5 o’clock in the morning!

All in all it was a GREAT party and a wonderful weekend! It was the best way to say goodbye to 2004 and the nicest way to remember it until the next Christmas party in December 2005! 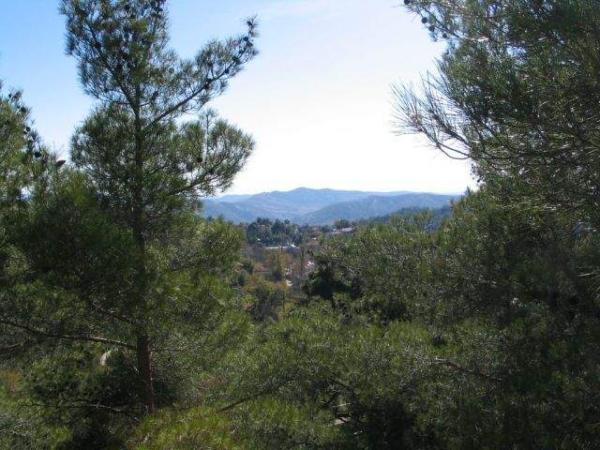 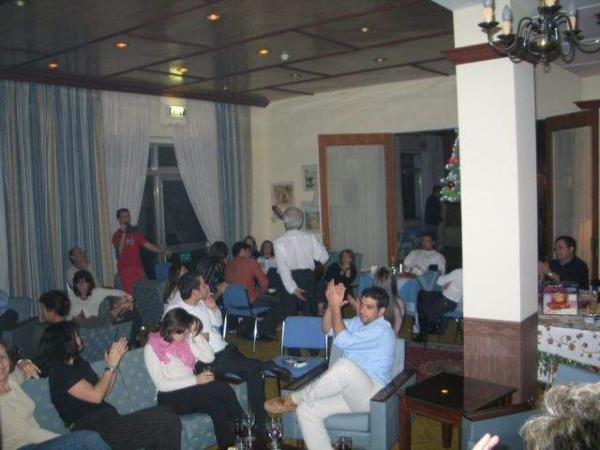 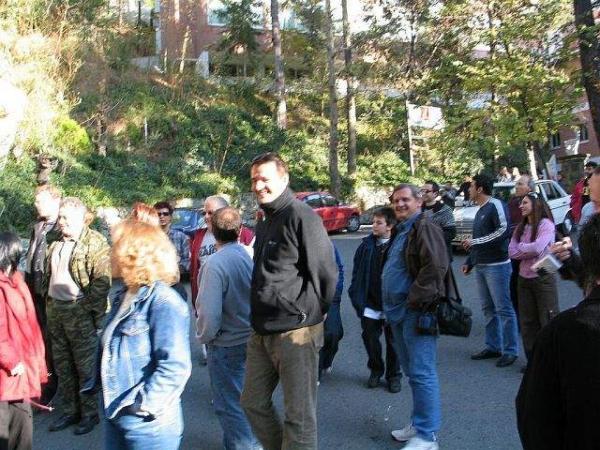 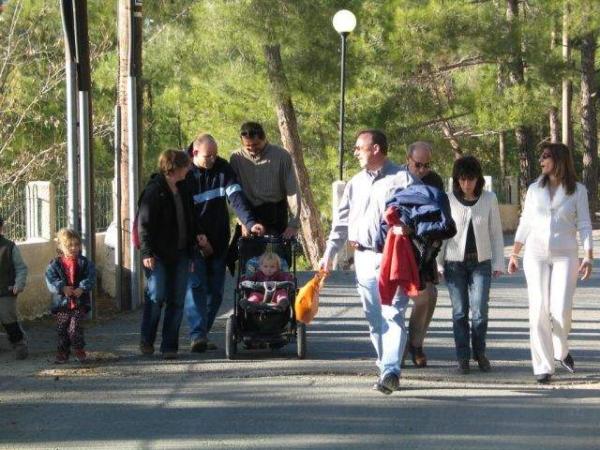 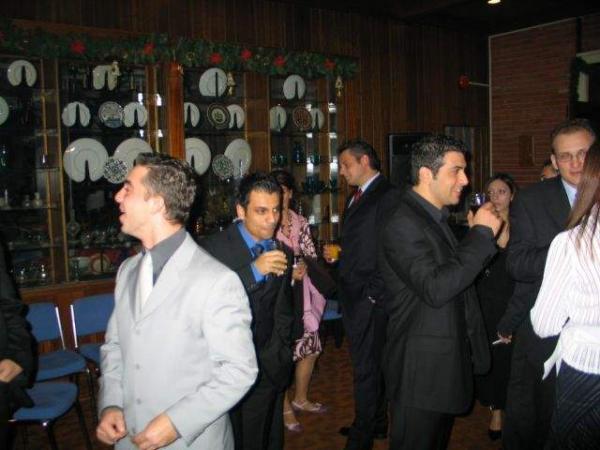 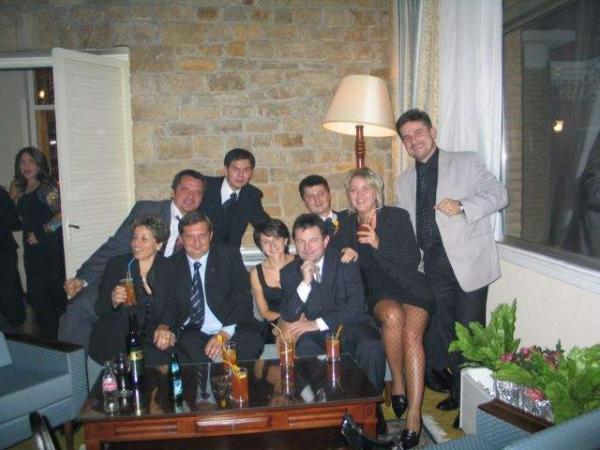 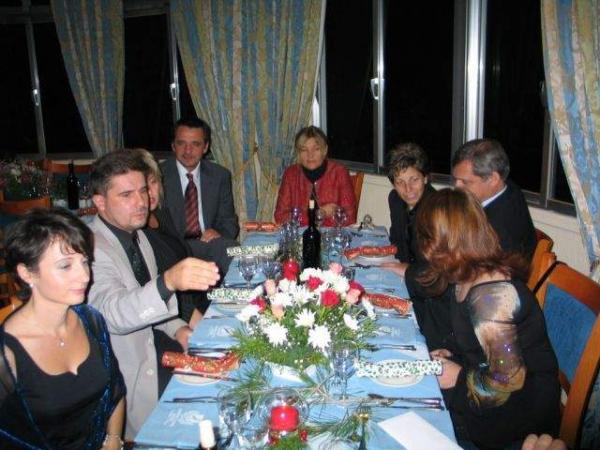 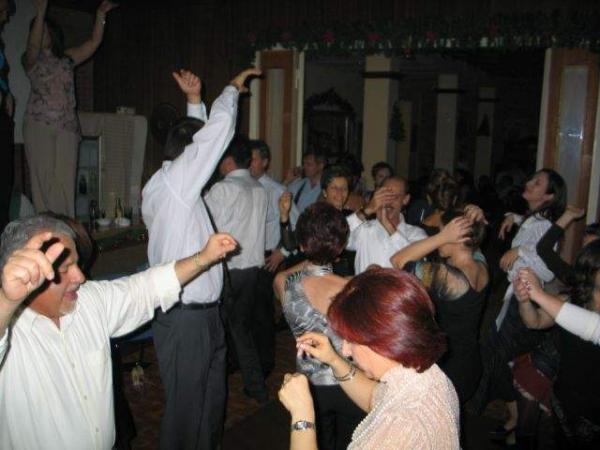 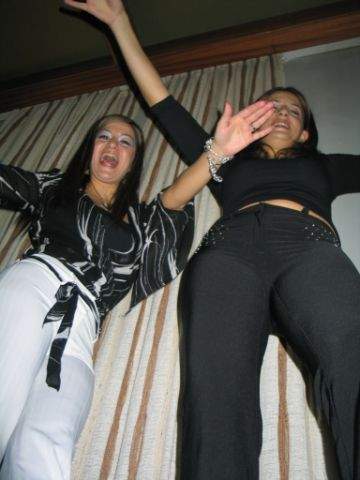 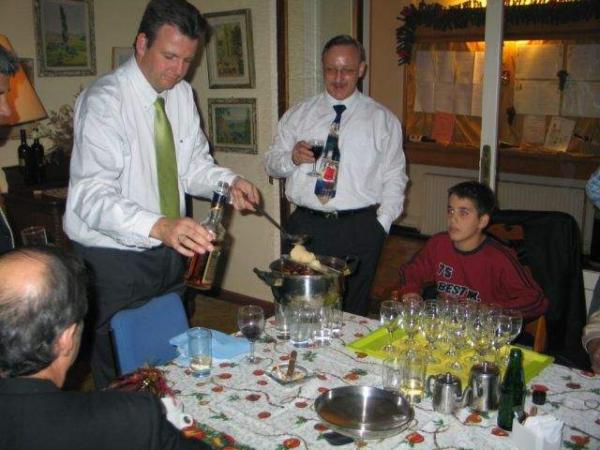